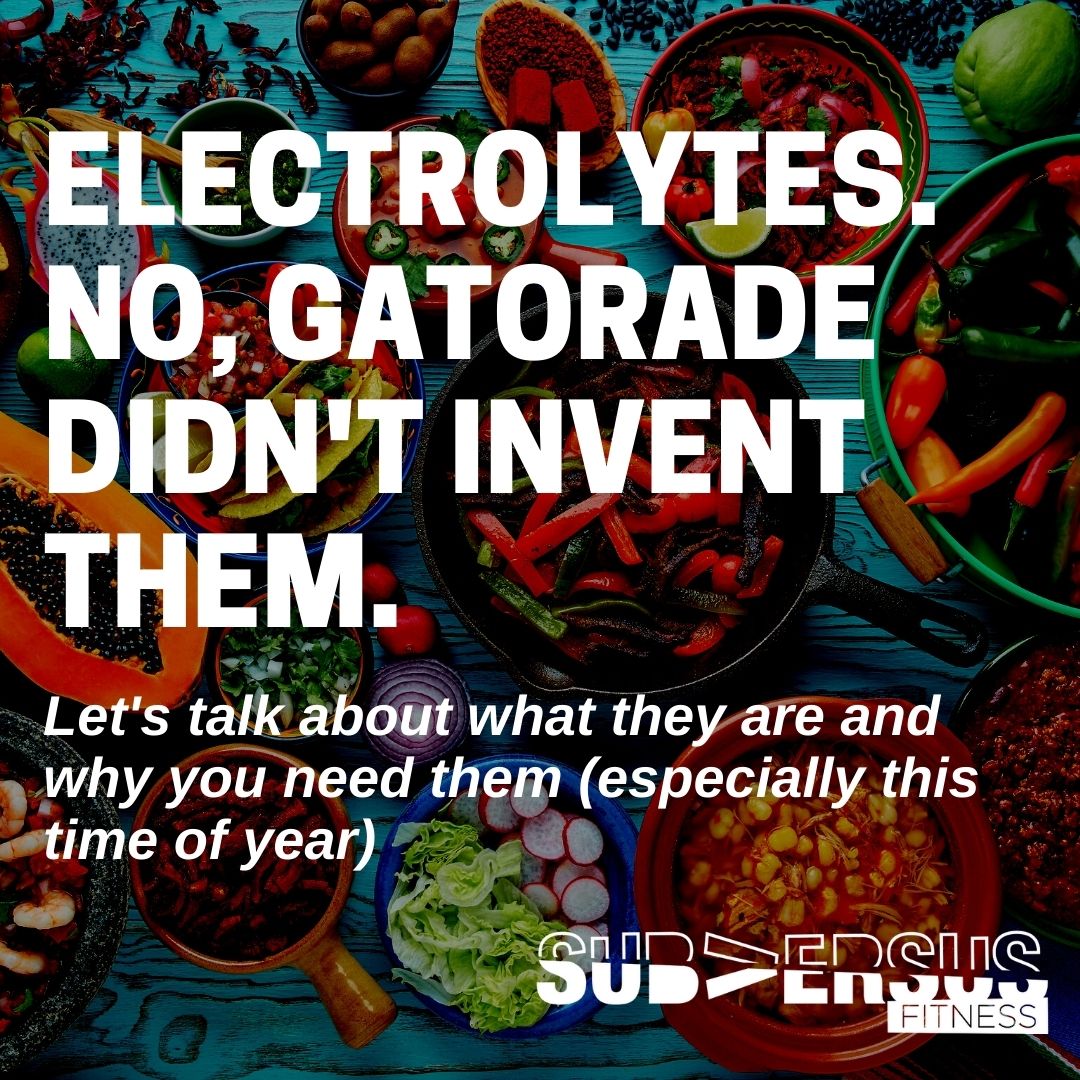 Recently, we heard an ad where Gatorade claimed its new water contained “Gatorade electrolytes”. That’s stupid, but also is an opportunity to talk about what electrolytes are and why you need them (especially this time of year).

Electrolytes are minerals (sodium, potassium, chloride, calcium and magnesium), which carry an electrical charge when dissolved in water. The charged ions set off electrical currents which let fluid pass in and out of your cells. Every process in your body depends on this taking place, so yea – they’re important, and no Gatorade – didn’t create them.

We get electrolytes from our food and drinks and we lose them via our sweat and urine. Though we lose more water than electrolytes from sweating  and we can lose enough to throw off our body processes (like muscle contractions, hence cramping).

Consuming a drink with (some) carbohydrates can help with fluid absorption, as well as enhancing endurance and glycogen synthesis (energy). Now, to pick on Gatorade again – the important thing here is SOME carbs – drinks are often sugar bombs, so be mindful of what you’re drinking.

Now that it’s hot out and you’re generally a more sweaty human – consider adding some electrolytes to your water bottle to help you feel better during and after your workout. We like Nuun tablets a lot, they’re easy to carry around, relatively inexpensive and don’t have added sugar. If you really need some more flavor – squeeze a lemon in there too, live a little for crying out loud. Enjoy!

« Why you need to drink more water

7 things I got wrong about group fitness.. »