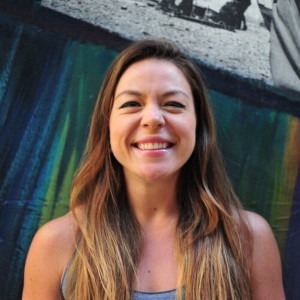 Morgan came across CrossFit late 2011, bored with her solo-gym routine and struggling daily with self motivation. Shortly after joining, she knew she had made the right decision. It soon became her priority to become a part of the community that CrossFit Center City (now, Subversus Fitness) had built: inspiring, encouraging, and awe-worthy. The importance of her own performance gains were soon paralleled by the progress of fellow athletes in the gym, and she wanted to be a part of them doing well. Coaching has given her a front row seat to watching people change their lives for the better, challenge themselves daily, and do more than they had previously thought themselves capable of.

“I love watching people transition from beginners to athletes. I believe in people before they believe in themselves and I think that helps them commit to our style of training. I also design the programming for our Intro to Olympic Lifting program and competitive Olympic Lifting Club, Liberty Barbell Club, which helps members build a foundation for excelling at the technical lifts.”