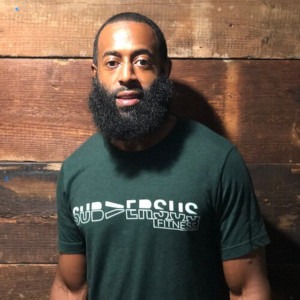 Growing up, Jesse fell in love with sports. He was always interested in trying any new sport and played organized basketball, football, baseball and tennis. This was were he learned that committing to practice the fundamentals was the only way to improve. He realized at a young age that an expert at anything was also once a beginner. Watching ESPN in 2009 was when Jesse was first exposed to CrossFit and immediately knew he needed to learn more, making it his goal to get a muscle up. Recently, Jesse began coaching as participant of Subversus’ UliftU program and hasn’t looked back. Since starting his CrossFit journey, Jesse has been inspired by the process of learning different movements and more importantly how to teach them to others.