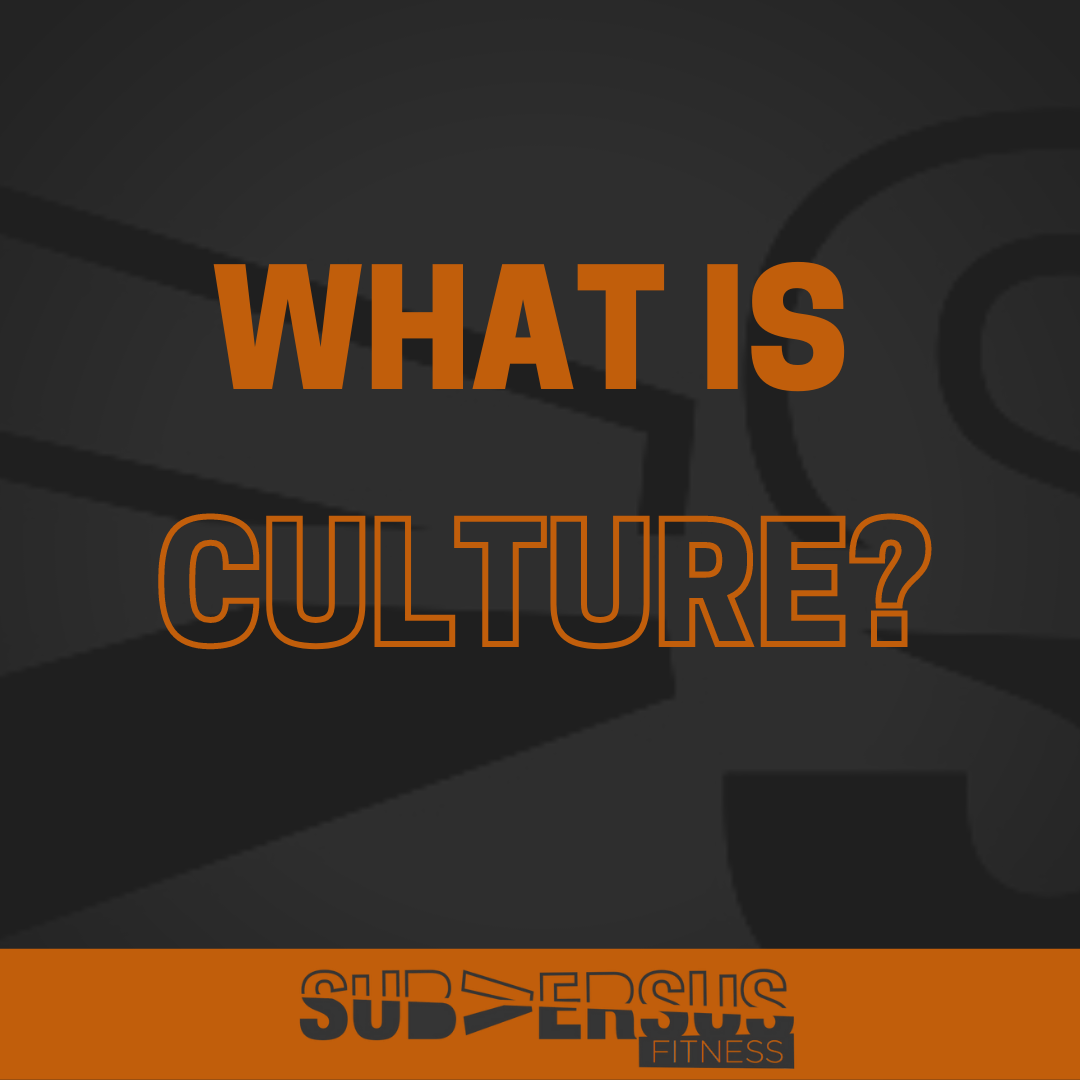 “What is Culture” In CrossFit’s methodology, we have a protocol for testing that we’re delivering broad and inclusive fitness using four foundational models; “Our first model evaluates our efforts against a full range of general physical adaptations; in the second the focus is on breadth and depth of performance; with the third the measure is ... 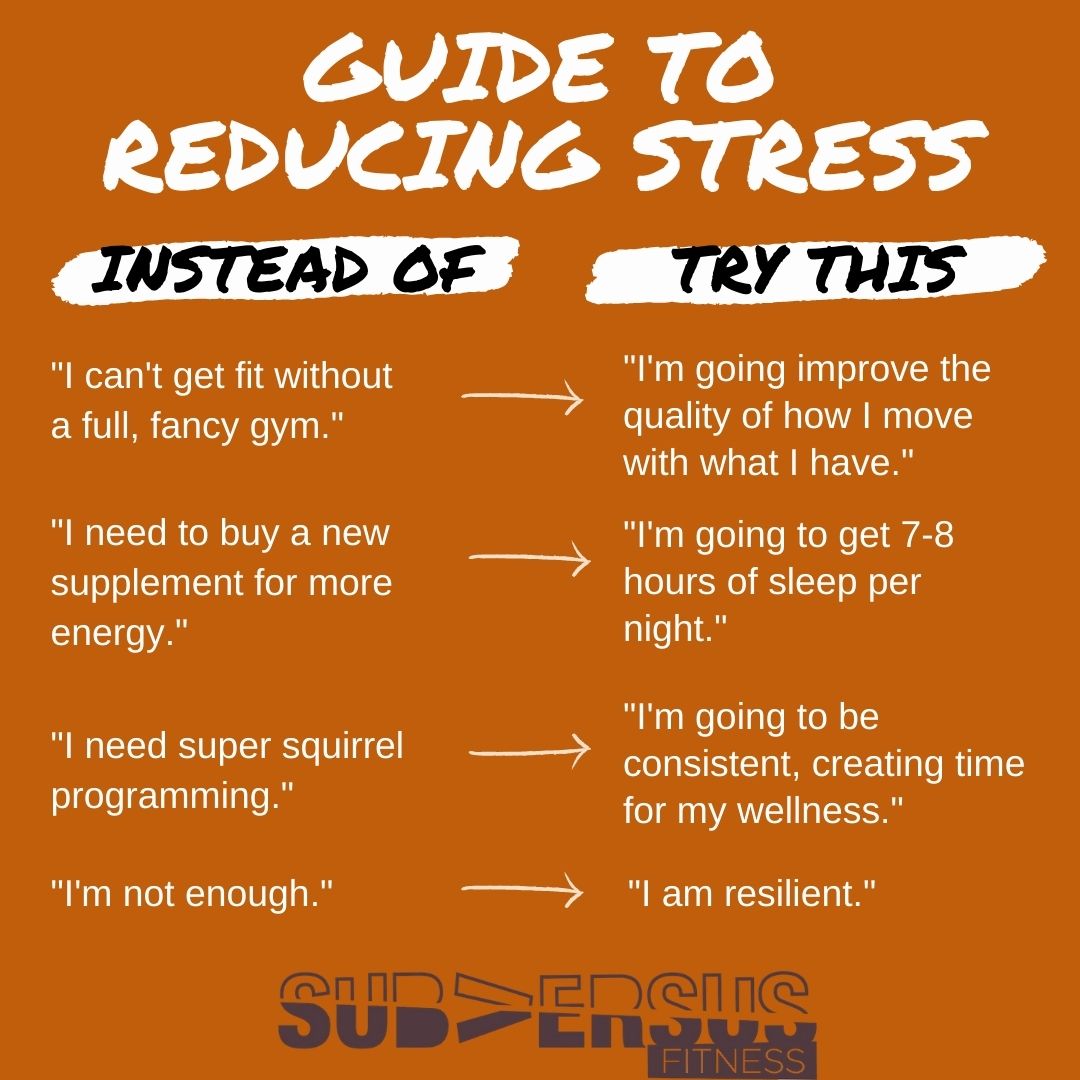 Guide to de-stressing your holidays! Here’s the tricky part of Holiday marketing right now.. It’s easy to start to question if new, shiny approaches are what YOU also need. Not just what might be a gift for someone else. We sell training programs and stand behind that coaching. However, in any conversation, we will always ... 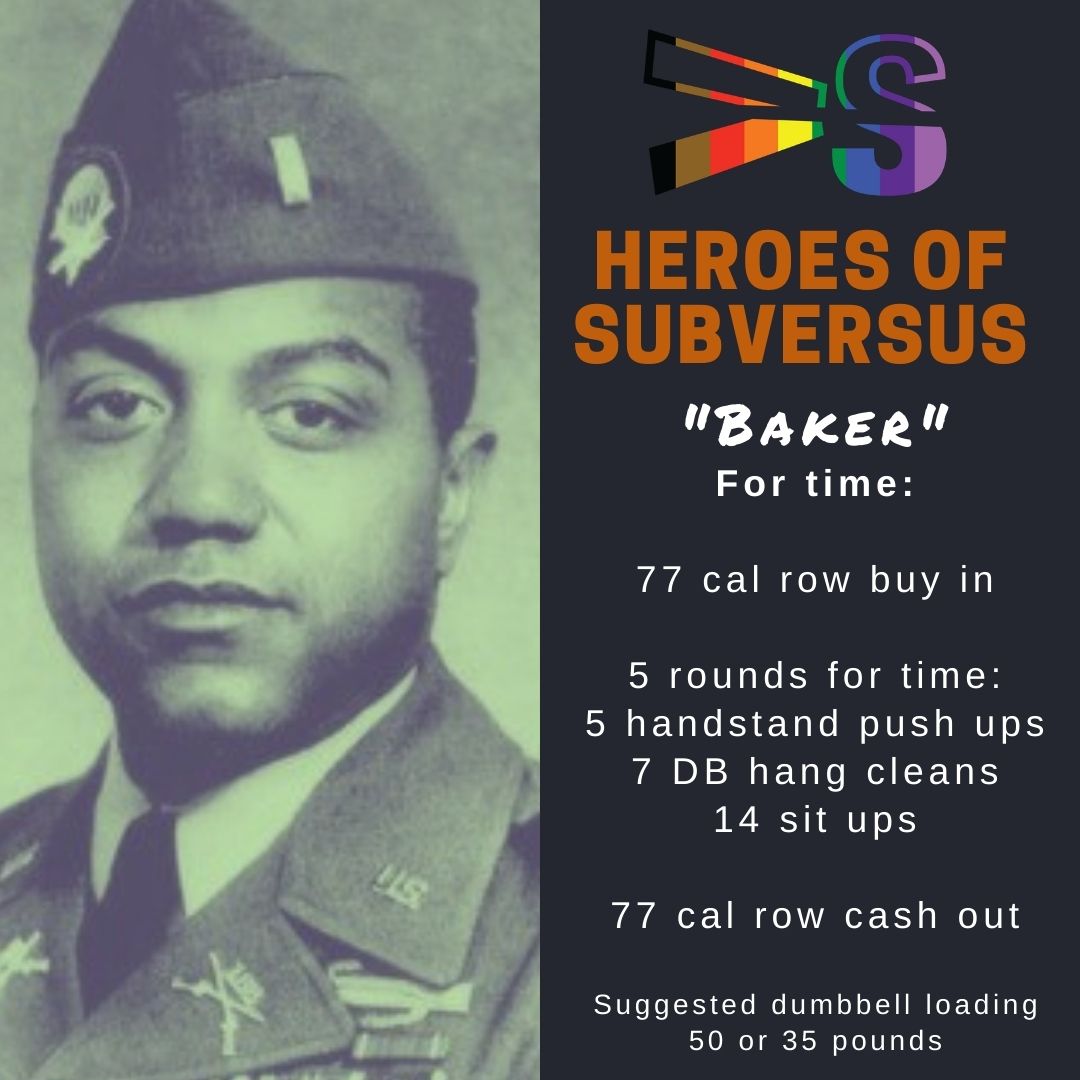 Introducing “Baker”! Vernon Joseph Baker (December 17, 1919 – July 13, 2010) was a United States Army first lieutenant who was an infantry company platoon leader during World War II and a paratrooper during the Korean War. In 1997, he was awarded the Medal of Honor, the nation’s highest military decoration for valor, for his actions on April 5 – 6, 1945, near Viareggio, Italy. Baker was born ... 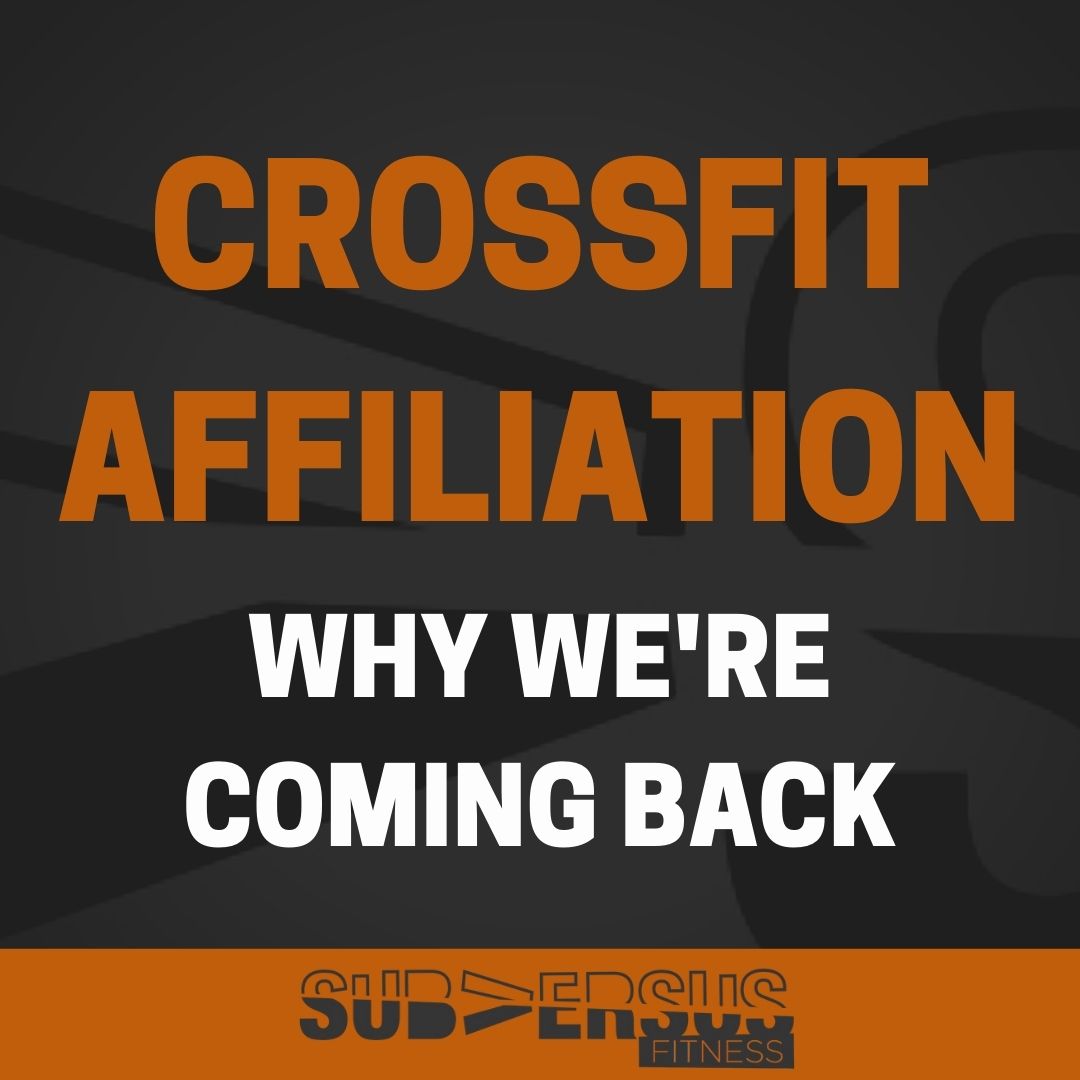 Progress not perfection. Our decision to Re-Affiliate with CrossFit.   Progress gives us direction and accommodates our mistakes. It is the “why” that punctuates the sweat and effort performed daily at Subversus. It’s always been my hope that our gym fosters this principle above all else.   In June, with the murder of George Floyd, ... 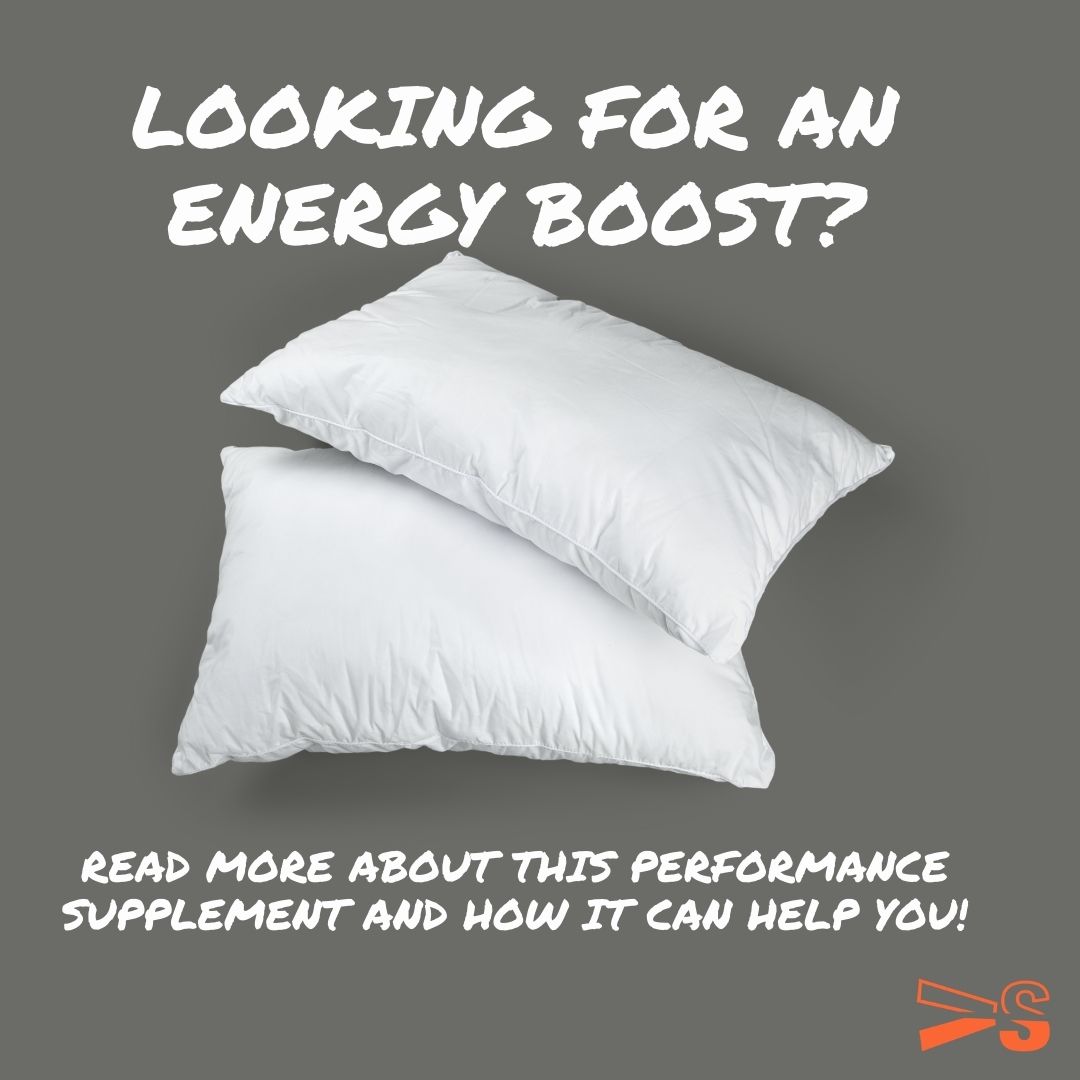 The best supplement you can buy

Read this before? “Each morning, I (Pro athlete/Influencer), take my Max turbo boost mushroom dust with coffee. It helps my cognitive function, reduces fatigue and let’s me smell colors.” We have, 24 minutes ago in our inbox actually. Supplements are a multi-billion dollar industry largely looking for short cuts (“optimization”) around what deep down we ... 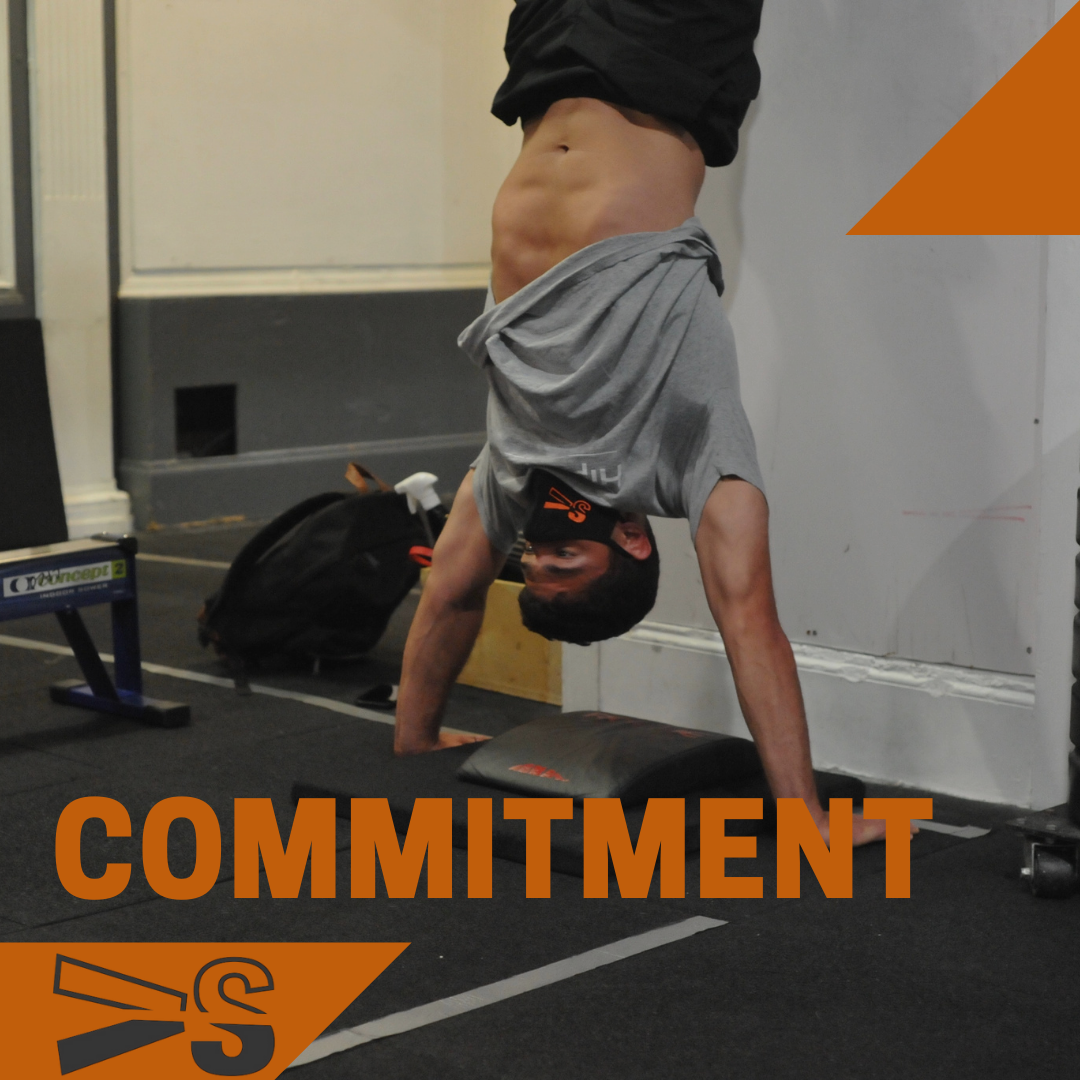 In the fitness industrial complex of gyms, the term “no commitment” gets used as a proposed member benefit. No pressure, no commitment. That’s not what we’re about at any level. Commitment is how what you want actually becomes reality with us. Commitment is what drives our Coaches to foster personal connections, superior movement standards and ... 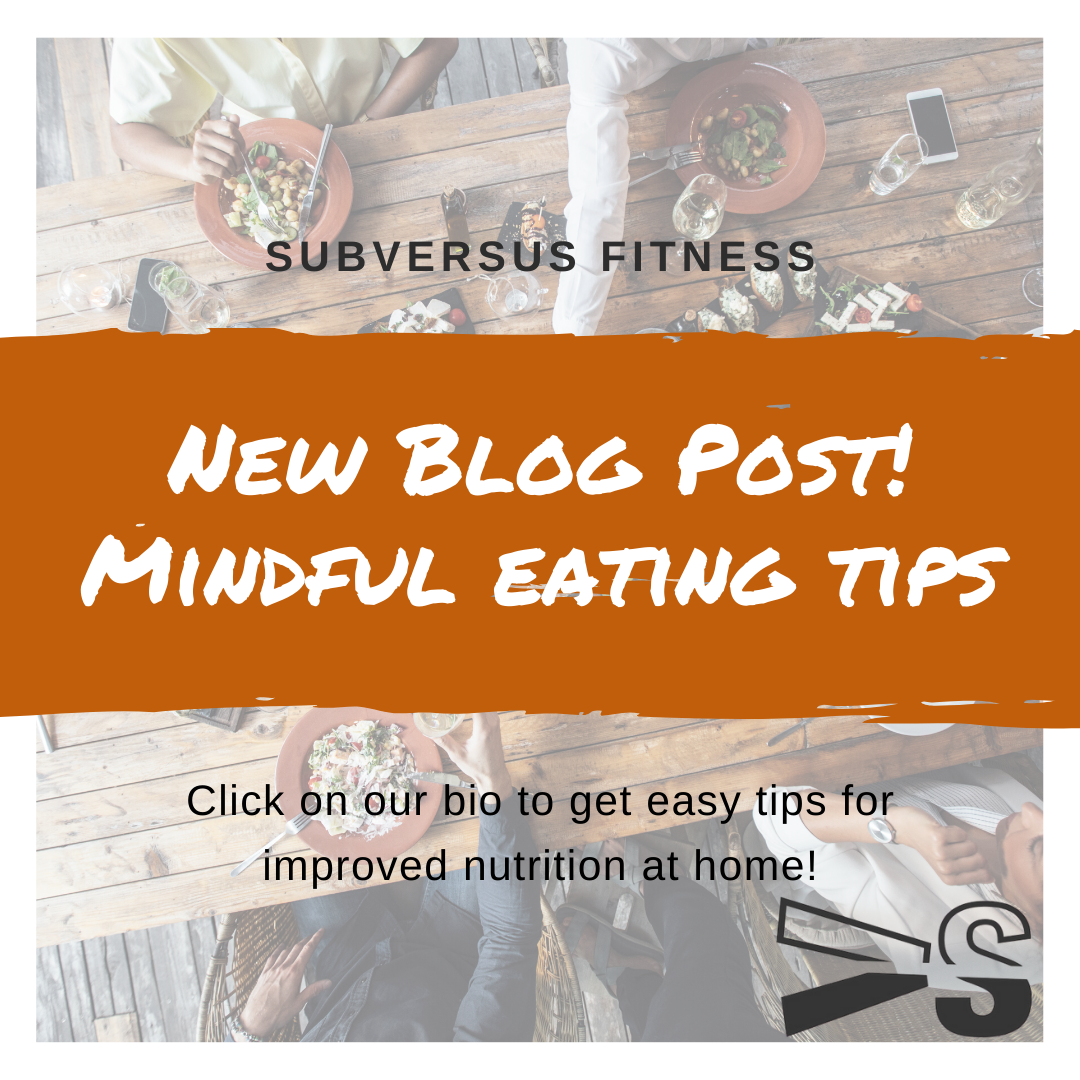 We eat too fast. That’s simple right? You’ve heard it already and sure – you know you shouldn’t be eating over your keyboard as you read this, but have you ever known why? If you’re looking to lose or gain weight – the speed at which you eat can mean more in some cases than ...

The past month marks our 11th year as a CrossFit affiliate. While this past year has been different than what anyone has expected, it will always be the most memorable because of who it pushed us to be.   In 2017, I started a nonprofit arm of our gym, UliftU, building from a legacy that ...

Please note some changes relative to windows to register ahead of time and new late cancellation fees.   Classes will be available for registration 72 hours prior to taking place. There will now be a $5 late cancellation fee if you cancel within 3 hours of the class start time. Waitlists will be added to ...

If you’ve seen the classic “The Big Lebowski”, you may remember the line.. “this isn’t ‘nam Donny, there are rules.”  Well, yes – they are rules now. Let’s get into them so that we can keep you and our staff safe and healthy. YOU MUST SIGN IN FOR CLASS. This isn’t negotiable and we won’t ...