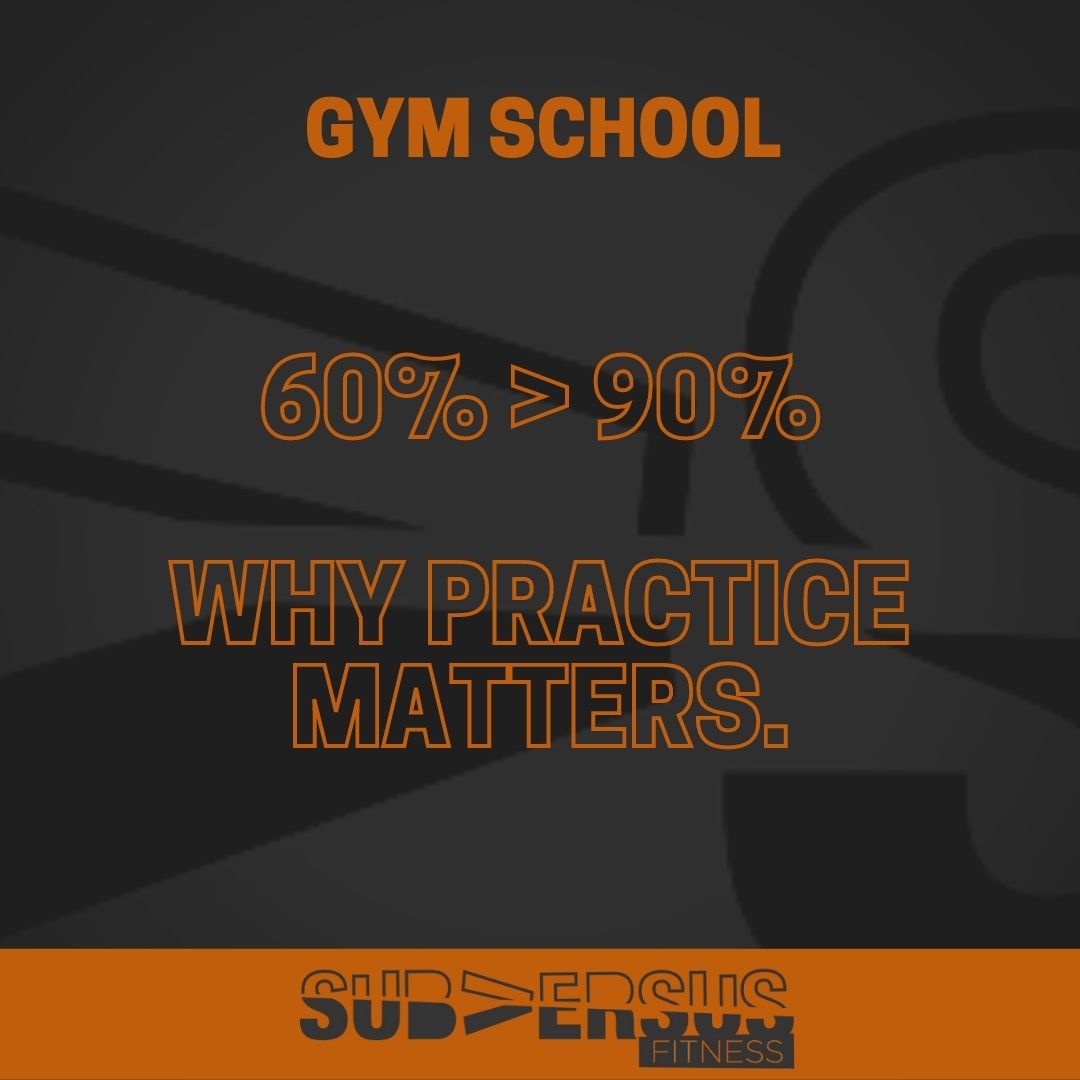 Here’s some fuzzy math for you.

In training, percentages are often used as tools to indicate how hard a movement should be and therefore define its repeatability. If you want to snatch 100 pounds, we wouldn’t just put 100 on the bar and have you yank on it a million times, we’d first have you master technique and timing at lower weights and then increase with capability.

However, here’s the trick.. We forget this is and lower percentages seem lame. Telling your friends you worked on repeatable reps at a low weight doesn’t get nearly the acclaim or likes on the gram as a new personal record (i.e. 100%+). Yet, this is exactly how we get better and build personal records. Ironically though, it’s also where things are most likely to go wrong.

In warming up, we often won’t pay as close attention to those reps.

“Sure, my back could have been tighter” and “yes – that bar got away a bit” – but the rep got there. “I’ll clean it up on the next (heavier) rep”. Ever been there? We have, absolutely. Injuries are a part of using your body. However, these reps, the seemingly easier practice reps can be disproportionately problematic or set up false expectations.

This is why most car accidents happen close to home. We’re assuming our internal auto-pilot is better than it really is in familiar environments. Turns out, we’re often wrong and simple tasks trip us up more than ones where we are required to fully focus.

Let’s also be clear that percentages can be perceived effort as well. This is why we often program “a heavy set of ____”, then take a number based on that lift today for use in conditioning. 60% or 90% can be perceived effort, not just a number linked to a totally different environment months ago. If a functional movement is defined as offering the greatest repeatable expression of work capacity, than learning how to make 60% special is the absolute best way to also set up successful 90-100% in the future.

Next time you’re tempted to race up the heavy weight ladder, take a minute and give 60% some more love, your next shot at 90% will thank you.

« What does AMRAP mean?

An Ode to the Rotisserie Chicken »